It's the first week of the Mystery Sew Red Sew-a-long and we are raring to go! The first block design will be from Jimmy Beans Wool's very own Kristen Ashbaugh Helmreich.

Kristen Ashbaugh Helmreich lives in Reno, NV and works on the Customer Engagement team at Jimmy Beans Wool where her tasks include social media (Ravelry & Pinterest, yay!) and coordinating the blog, co-writing the bi-monthly newsletters, and designing knitting, sewing and crochet patterns among various other fun tasks. Outside of work, she is the designer behind Marinade Designs (www.marinade.wordpress.com), her own line of knitting patterns that she is hoping to expand in the coming year. When she's not knitting or sewing her own clothes, she is working in her garden, tending to her chickens, cooking up delicious food, doing yoga, or hiking and backpacking with her husband and their feisty little mutt Wallace. Feel free to check out all of Kristen’s designs on Ravelry: http://www.ravelry.com/designers/kristen-ashbaugh-helmreich” 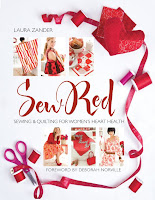 Since she has such a strong background in knitting and designing knitwear, you may be asking yourself how Kristen got involved with Sew Red in the first place. After publishing her design in Knit Red when that book came out, Kristen began to dabble in sewing her own clothes. Even though her mom is a professional level seamstress, Kristen never got too much into sewing when she was younger. She had the knitting bug, for sure! However, when Jimmy Beans was looking for contributors to Sew Red, she decided to take a stab at a sewn design and create something simple that a beginner sewist like herself could make. The result is a really fun garment that is exactly that!

When we asked her to participate in the Mystery Sew Red Sew-a-long, Kristen was a bit hesitant. After all, she designs mostly garments and so is more of a sewist rather than a traditional quilter. She agreed to give it a go, and began brainstorming what kind of a block she'd like to do.

Kristen has been on a chevron kick lately and wanted to bring her favorite graphic to the Sew Red quilt. Unfortunately, she was having a mental block for how to do the chevrons and so switched to designing another, easier block. In the course of figuring out this easier one, the light bulb went off for her and she figured out how to do the smaller scale chevrons she wanted in the first place. So, we'll have two blocks from Kristen throughout the course of the Mystery Sew Red Sew-a-long!

We're excited to kick off the Mystery Sew Red Sew-a-long  with one of Kristen's blocks because it's a nice easy introduction to get us in the swing of things. Also, since it's a fairly easy block, you can do it again and again in place of future blocks that might be out of your comfort zone! 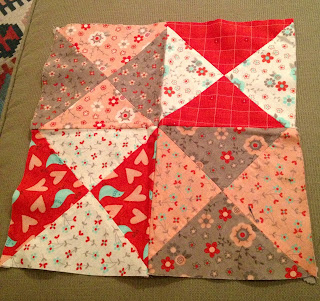 Without further ado, follow the link to Kristen's blog, Marinade Designs, to get the instructions and get started!

It's that time again! We are happy to announce the second block in the Mystery Sew Red Sew-a-long. This round comes from the talented ladies behind Me and My Sister Designs.


All About Barb and Mary 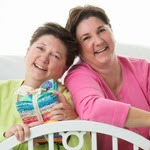 Barbara Groves and Mary Jacobson of Me and My Sister Designs really are sisters who have been designing fabrics for Moda for 8 years. They are currently working on their 26th fabric line. If their past collections are anything to go by, it will be chock full of bright, vibrant colors! Barb and Mary are based in Tempe, Arizona, where they design their beautiful fabric lines and the amazing quilting and sewing patterns that show off their colorful fabrics.


In addition to designing and sewing, these multi-talented ladies are also beginning to dabble in knitting. Barb is a self-described “knitter wannabe”. While she doesn't knit, she does like to crochet because the mistakes can be easily removed. She makes a mean chevron afghan! Barb hopes to one day finish a scarf from one of the many knitted scarf patterns that she has collected along with the yarn from her budding yarn collection. Mary also likes the idea of knitting and someday hopes to advance past making knitted dish cloths. She also collects balls of yarn just because she likes them—who here can't relate to that!

When these two are not quilting or wishing they could knit they love being with family and their many pets. Barb married the boy next door, and Mary married his best friend! Barb's house is ruled by her two dogs: a Jack Russell terrorist named Bella and a neurotic miniature schnauzer named Frazier. Mary shares her space with two rescue cats: Mia, a blind cat who is her constant companion and Earl, the man of the house. 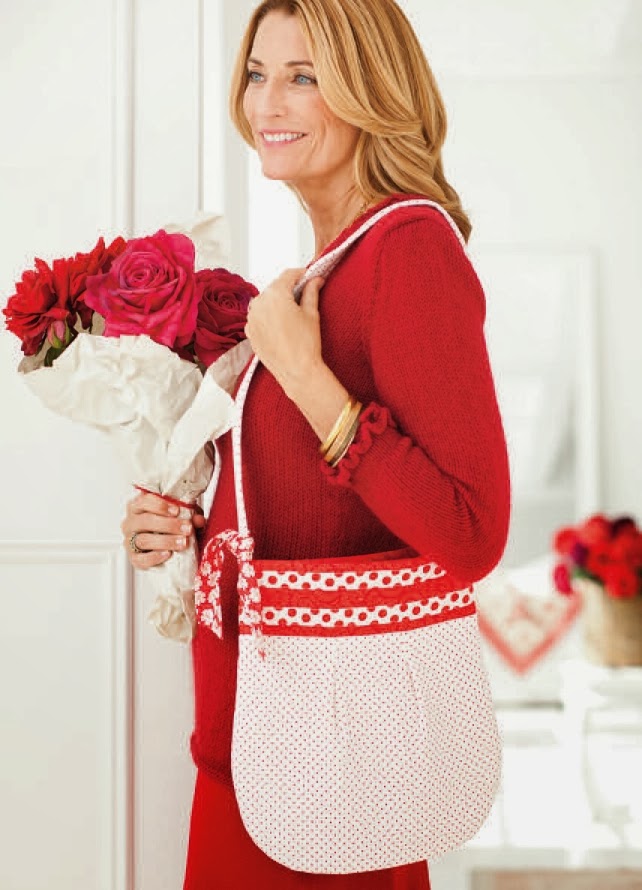 Barb and Mary and Sew Red

Barb and Mary wanted to be a part of Sew Red because it is a cause that is close to their hearts. Their grand mother on their mothers side of the family died of heart problems and Barb just recently went through a procedure to correct an irregular heart beat. Barb and Mary have yearly checkups, keep a close eye on their blood pressure, make smart food decisions, eat small portions, and walk as frequently as they can. The gals from Me and My Sister Designs contributed the Village Bag, which is perfect for toting around everything you need for your active—and stylish!—lifestyle.


Barb and Mary and the Sew-a-long

We met Barb and Mary at Quilt Market in Portland this spring. These ladies had us in stitches the whole time! When we asked them to participate in the Mystery Sew Red Sew-a-long, they were excited to get started! Mary used to sew all her girls clothes when they were small. Most things she made them were in Mary's favorite color pink. To this day, her daughters get a nervous tick when they see a pink shirt in the stores.  So it won't come as a surprise that their block features lots of pink! 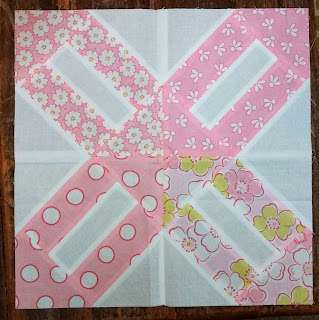 
Without further ado, follow the link to their blog, Me and My Sister Designs, to get the instructions and get started!